Matthew Segal is recognized as one of the top young accomplished trial attorneys in New York City. He has successfully represented and tried a variety of personal injury cases throughout the New York City area including in New York, Kings, Queens, Bronx, Nassau, Richmond and Suffolk counties, as well as in New Jersey. 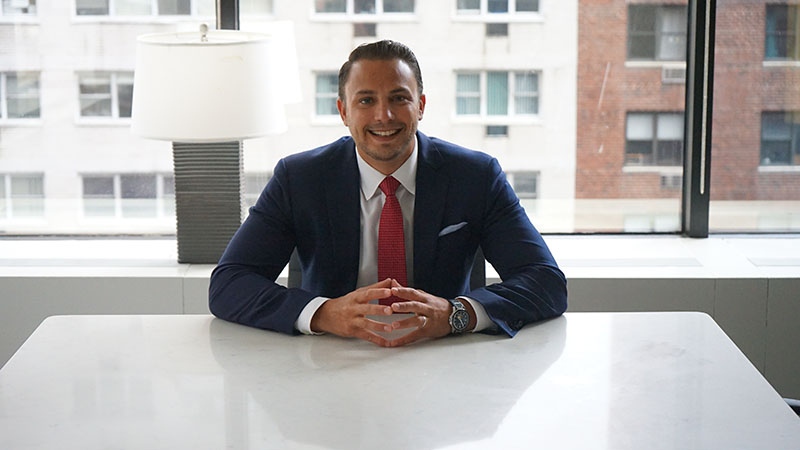 Matthew has been recognized by Super Lawyers for the past several years as the youngest Super Lawyer in the NY Area in the personal injury field. He has also achieved Lead Council rating in Personal Injury law.

Mr. Segal currently lives in New York City. He enjoys being active – working out, playing basketball and other sports, traveling, and most importantly spending time with his family and friends.

From Matthew:
I formed Segal Law Firm for a variety of compelling reasons. However, by far the biggest reason is that New York City was in need of personal injury law firm that is more concerned with its clients needs than accumulating as many cases as possible. At my firm every single client will feel that they know what is going on with their case, and if they need questions answered they will be able to speak with me directly and quickly. While we are designed to be a small firm to protect this philosophy, we have a large network of experts that we spare no expense in consulting with to ensure that your case is handled in the best possible way. If you or a loved one is hurt after any type of accident, I would consider it a privilege to speak with you and begin the process of recovering for your loss.

VOTED AS A NYC SUPER LAWYER

Matthew Segal thrives on the practice of law and his arena of choice is the courtroom. He concentrates on representing those who have been injured due to the negligence of others.

We are dedicated to representing persons injured by the negligence or misconduct of others.